There’s a small list of cities we put on this list. For us, we don’t want to actually expat anywhere permanently, or even a full year. But for a few select locations, we constantly talk about spending a few months home-basing there, and Mexico City is one of them.

Because of the short flight from Austin, our strategy is just to get away during peak Airbnb times (see our post on Renting Out Your Home When You Travel to see how we made $6,000 on a 24 day trip).

In short, it’s a great place to stay for long periods of time because it’s the right mix of comfort, difference, and things to do.

Why We Love Mexico City (my selling you on the city)

Honestly, there aren’t a ton of big cities in Latin America I love (having never been to Brazil). Outside of Colombia, I don’t find the places comfortable, easy, or beautiful.

Mexico City is beautiful in a unique way.

Walking around downtown is amazing. Beautiful buildings, sure. But it’s full of parks, people, trees, restaurants, and things to do.

It’s hard to photograph just how green it is. If I just posted a picture of an average street with the giant trees hanging down, you’d think “yeah, that’s a building with some trees in front of it”.

But the incredible thing is that when you’ve walked in a 10 mile loop, as we have, and every area is full of greenery, it changes the feel of the mega-city. 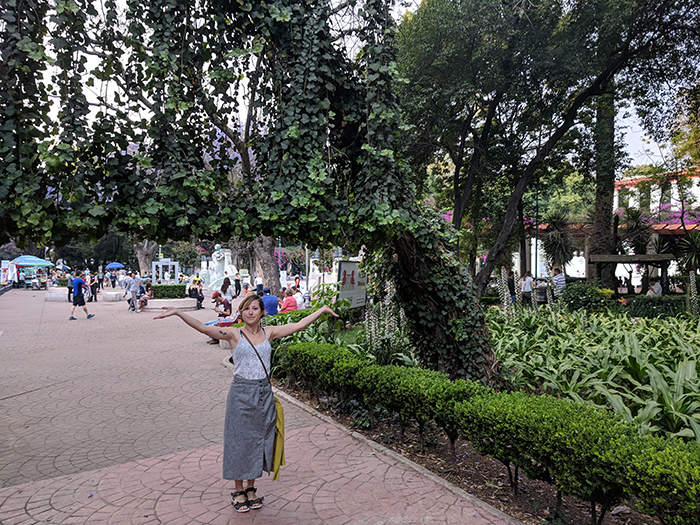 Even in New York, I don’t think I walk around and see as many restaurants, and given how many parks there are, I don’t think there is anywhere where people are out as much as Mexico City (although it’s totally a Latin American thing).

Every weekend in the parks is like a festival (I can’t imagine a park during an actual festival). Everyone was out each Sunday we were there (I think Spring was even more lively than Summer). Tons of vendors, and even people with massage chairs offering $7 massages. 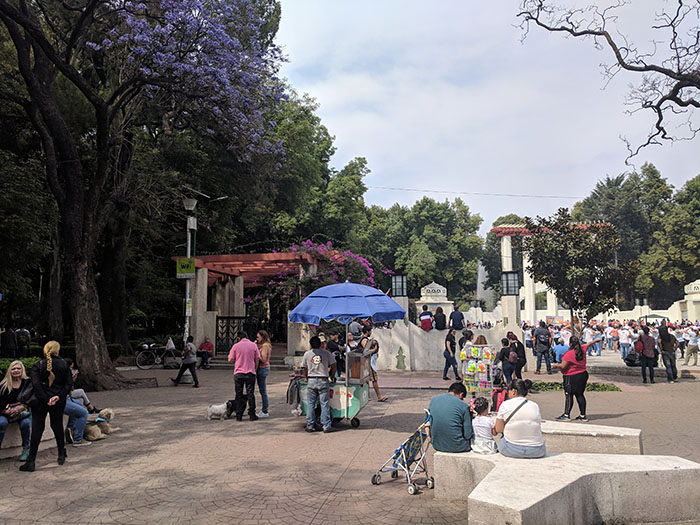 Then all the food on every block, is great.

Even if you don’t like TexMex, you will love Mexican food in Mexico City. It’s a totally different thing.

Mexican food in the US isn’t as inauthentic as Chinese food in the US, but I’m shocked by how little makes it to Texas when the two are neighbors and 35% of Austin is Hispanic.

The best part to me is the seafood. There are few countries where all the seafood is amazing. Greek islands, Indonesia…islands basically.

But Mexico City has shockingly great seafood. Although I shouldn’t be too shocked, since Mexico does have 5,797 miles of coastline, but maybe it’s just shocking how bad seafood is most other places, including the US. Half the time I have octopus in the US it has the texture of rubber. Many places in Mexico City on the other hand, have octopus that cuts like a portobello mushroom. 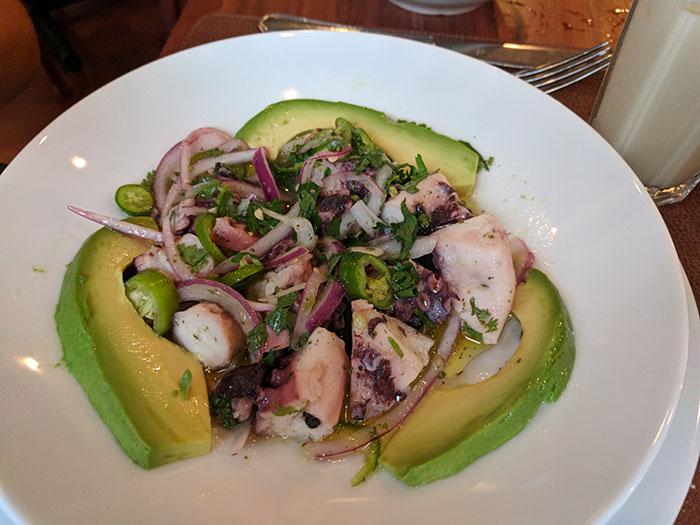 Where To Eat In Mexico City

I’ll focus on seafood places, because you can walk into a place on every block that has good Al Pastor. And honestly, the difference between the good stuff rated well on Foursquare, and great stuff on the street corner (which you can pick out by simply visiting wherever has a line), is minimal. But the difference between seafood in the average place in the US and a cheap place in Mexico City is night and day!

This place is amazing and cheap. I highly recommend this place for those of you who are cheap and love seafood. *(Don’t get anything with raw shrimp, like the mixed ceviche for instance. I’ve become paranoid about that. Get the octopus ceviche instead.)

(Imagine a tostoda with slices of tuna, because this is the only one I don’t have photos for). 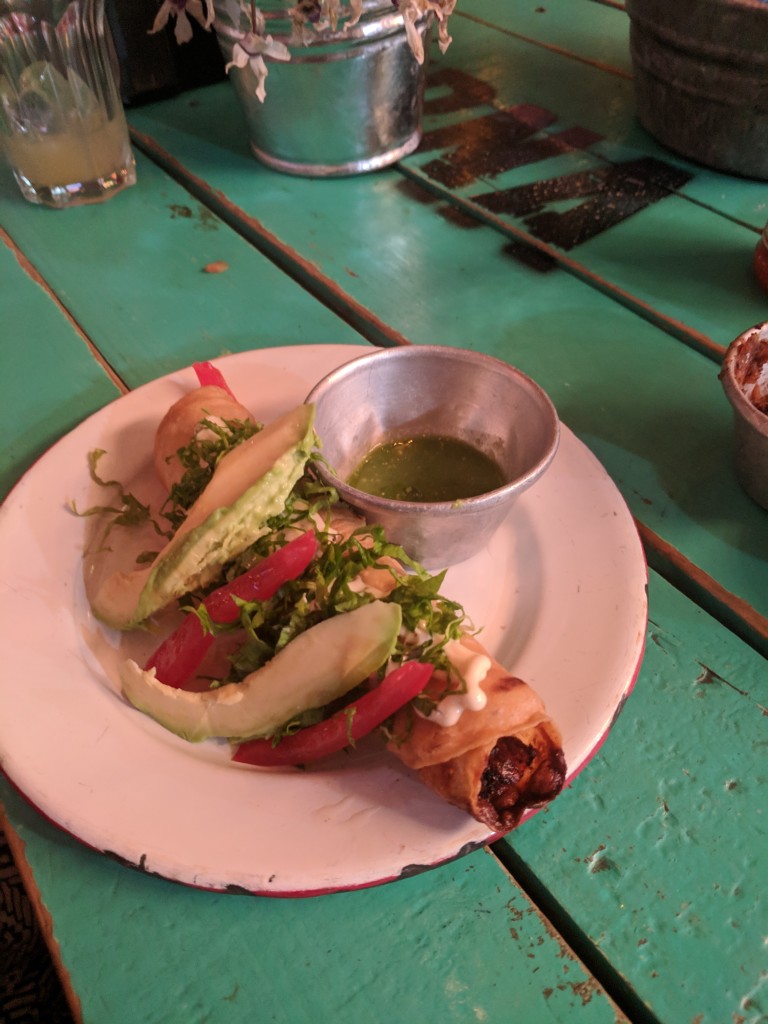 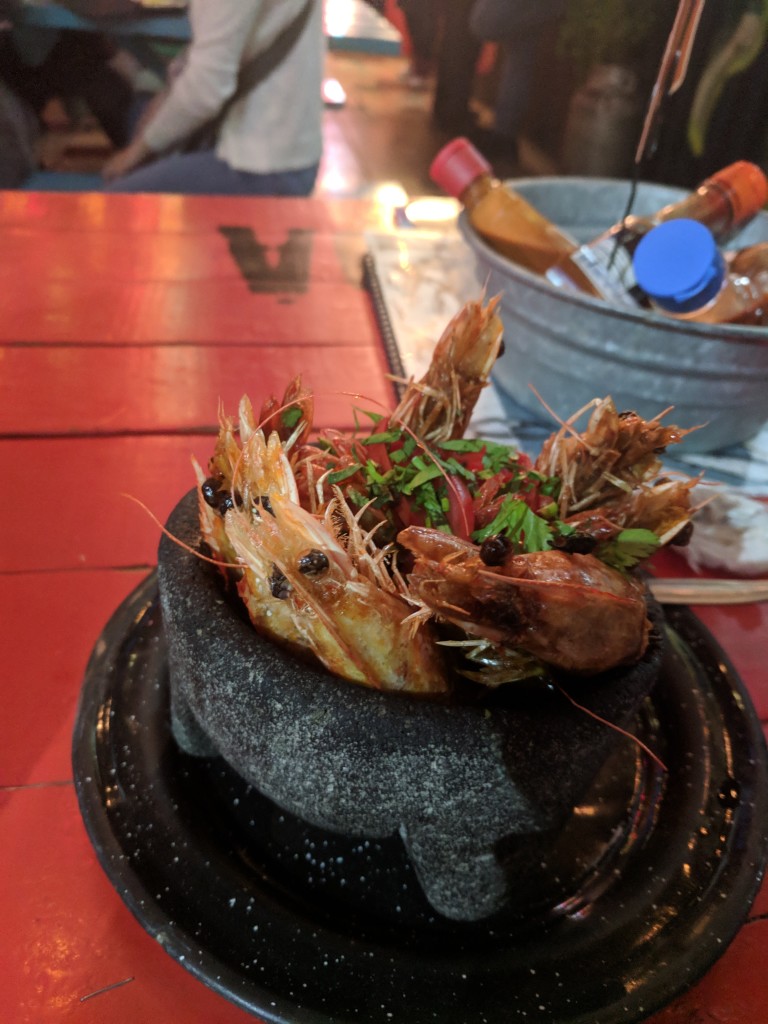 A Few “Things To Do”

Just walking through the parks and eating is interesting enough for me, but there are tons of other things to do too, obviously. 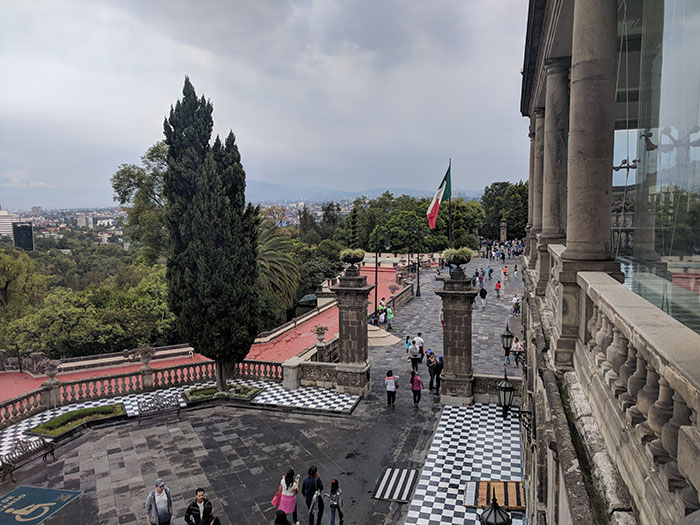 La Condesa and Roma are the neighborhoods to be in. La Condesa seems to be where the expats gather and Roma where hipsters gather. But they congregate here because these are likely the most beautiful neighborhoods and full of great spots to stop and eat or get a coffee.

Carrie and I loved when we stayed just on the north side of Parque Mexico. Then you’re close to all the hip spots and in the middle of the most beautiful area.

Zona Rosa is the party & tourist area. I thought it would be central to everything so I booked a weekend at a hotel on a deal. It ended up being not that great as there were very few restaurants I liked in the area, so we’d have to trek out every meal. The bars are also more clubs and less mellow. Although it seems all bars in Mexico City make sure to have their music so loud you’d never have to endure a conversation with your travel companions. 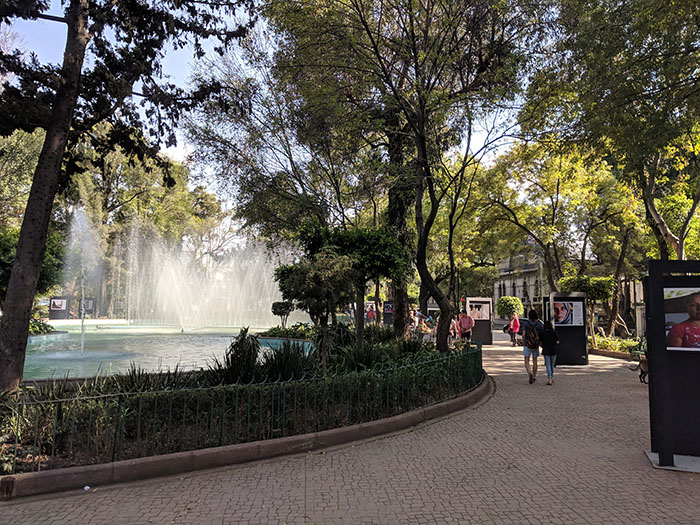 Reforma is a totally fine area to stay, and that’s where most points hotels are. Reforma street is a business district and thus it’s not as lively in the evenings or weekends, and it’s not as beautiful as La Condesa either. But it could be central.

We got a great deal on using This Hotwire Trick at the Le Meridian for a couple of weekend nights (at ~$70), which was worth staying in the nice hotel for sure, and again the area is not that bad depending on where you are. It’s a short walk to the historical center going east, or La Condesa/Roma going south.

The Historical Center is a beautiful area to visit, but we didn’t stay there. When you see pictures of the amazing old European buildings, it’s likely the “Centro Historico”. We didn’t find as many of the cute places like the Airbnb we ended up booking North of Parque Mexico: 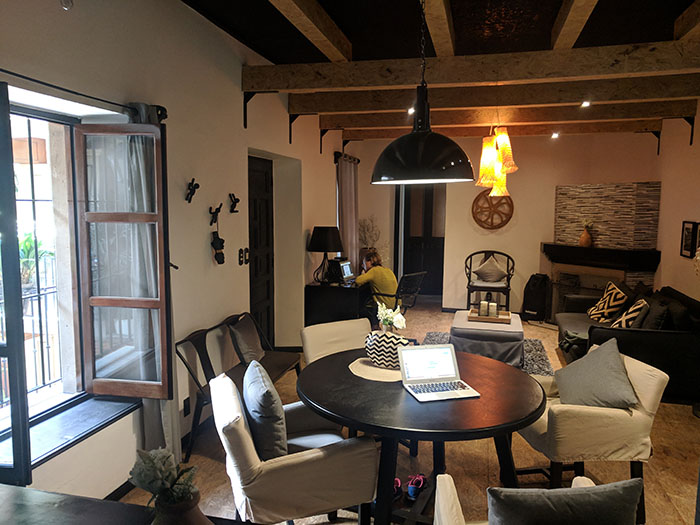 But there are lots of cool sites in that area: 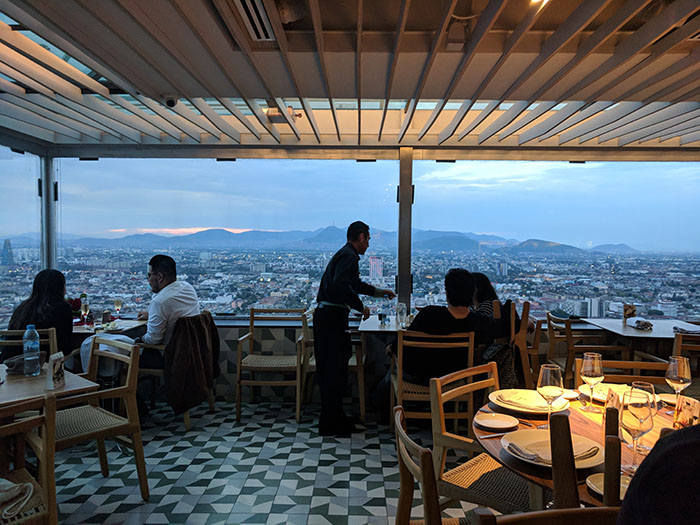 Note that the Hyatt Regency and InterContinental is in the ritzy Polanco area, which is more of a ritzy shopping mall area vibe than I normally go for, but it’s all a matter of taste, and it’s super close to the Chapultepec park, and therefore the easiest place to go jogging from by far.

Getting There & Getting Around

We also thought about ubering down to San Antonio since the flights were under $100 each way on certain days.

Check out the recent post on Best Search Engines For Paid Flights.

If the cash rates are high, most miles flights are only 17,500 miles to Mexico. But there are a few exceptionally good examples.

BA Avios (for those with Chase or Amex points)

I used Wandr.me’s Avios Map to create this map of direct flights:

Most of us aren’t in a city to take one of these direct flights, but if you can fly from Dallas, 7,500 Avios/miles is a killer deal.

My Delta Miles Calculator (to be updated in a couple of days!) has found some amazing deals to MEX: 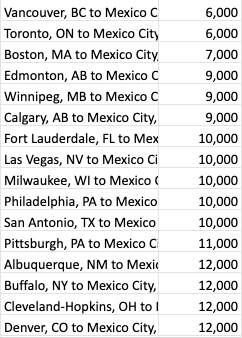 I’ve written about a “stopover” from Mexico in your home town on the way that could be months, and then at a later date take a free segment to Hawaii. (Then I later wrote about an Alaska miles trick I learned booking and canceling it).

Don’t be surprised if you find us in Mexico City for a month again sometime soon!

It’s an easy, cheap getaway in a beautiful happening city, and with some of the best food and seafood in the hemisphere!